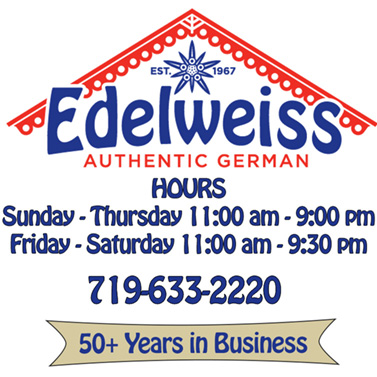 In 1901 an attractive two room schoolhouse was erected in the Colorado Springs suburb of Ivywild.

The site was “1604 South Cascade,” now the corner of Cascade and Navajo. The total cost for the building was $3400.

Thomas McLaren, the architect, was asked to draw up plans for a two room structure that would seat 100 pupils. The building contract, given to Mr. Linn Atkinson, called for the latest innovation “a building that would be ventilated by the Dixon system and that would be heated by a furnace.”

The school called “the bungalow” by the students was used until 1915. By that time the classrooms became crowded, and the new present blond brick building Ivywild School was erected. The old school building was moved to Ramona Street where first it became a residence. In later years it was remodeled and since 1967 houses the Edelweiss Restaurant.

The present site of the Edelweiss Restaurant was the so called “Jenkins Pond.” The foundation of the restaurant (our present Rathskeller) was constructed with meter thick rock walls from Cheyenne Canyon. The schoolhouse was set on top of this and the pond around it was filled with ashes brought in from the power plant from downtown Colorado Springs.

In 2001 the owners of Edelweiss decided it was time to update the schoolhouse once again. They asked Architects Atz Herzog from Heilbronn, Germany, local architect John Nelson and builder Bob Patterson for help in order to keep the original structure and atmosphere of the building as much intact as possible. 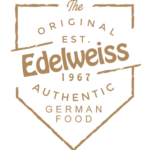